Step back in time in Little Langdale


It’s hard to avoid the eerie feeling that you’re walking in the footsteps of our ancestors when you cross Slater’s Bridge in Little Langdale.  There’s not a road or modern building in sight – barely a building at all, in fact – and with the worn stone beneath your feet, it’s easy to become lost in time.  Anyone at any point in the four-hundred years since the bridge was built could have done the same thing; gazed around at the same fells, peered down into the same smooth clear water flowing swiftly beneath.  On a misty morning, it’s almost a surprise that a pack-horse doesn’t come clopping over the hill from Birk Howe Farm.
While Slater’s Bridge might be the most iconic old feature in Little Langdale, the whole valley is rich with the signs and scars of centuries of human use, not to mention five legally protected Scheduled Ancient Monuments (SAMs).

Perhaps the most obvious features (although not scheduled) are the quarries which dominate Tilberthwaite and the south-east part of Little Langdale along with their enormous spoil heaps.  Slater’s Bridge is named on a sixteenth century map so it’s thought that quarrying was already taking place here then – this seems likely as the stone for most of the Lake District’s old slate buildings would have come from small local quarries.  The Victorian era brought a full-scale ‘slate boom’ to Coniston and the surrounding countryside as people travelled from all over the country to try their luck in companies of four or five people.  The use of compressed air drills to make holes for blasting enabled exploitation on a huge scale and the creation of giant pits like Cathedral Quarry, Hodge Close and Moss Rigg.  The development of quality bricks brought large-scale slate quarrying to an end, and nature has reclaimed many of the sites – the peaceful valley we enjoy today is a far cry from the Victorian scene of heavy industry with drills ringing, dynamite blasts and the rumble of heavy sleds of slate being dragged along.

The area is also known for copper mining, and the most remote of Little Langdale’s SAMs is the Greenburn copper mine, tucked between Wetherlam and Wetside Edge, a mile beyond where you have to leave even a 4x4.  The site is huge and lots of the infrastructure for processing the ore is in good enough condition to give an idea of the scale of the operation in this lonely place, while tunnels (now closed) disappear up to 700m into the hillside.  Stone huts, a cavernous pit for a waterwheel, leats for moving water, and the remnants of a tramway are some of the most dramatic evidence of mining from the 1690s through to the late 1800s.

Where Greenburn meets the main valley we step back even further in time.  Two catchily-titled ‘mediaeval dispersed settlements’ are scheduled near Fell Foot Farm.  These date from sometime between 1066 and 1500 and consist of the foundations of buildings and a kiln that is likely to have been used for drying corn; they’re only visible now in the straight lines of giant boulders used for their foundations.  Lots of people in Cumbria lived in these ‘dispersed settlements’ during this period, with villages spread across entire valleys, a house or two in each hamlet, and their occupants sharing open common grazing on the surrounding land.

The dry stone walls we see today were laid over this landscape during the following few hundred years and you can see the evidence of this ‘layering’ effect where some of them run across the foundations of these settlements.  The more intricate patterns of walls in the smaller fields in the valley bottom were built first as people started to manage larger flocks and herds more intensively and needed places to sort and store them; from 1690 a series of Enclosure Acts then allowed landowners to effectively privatise common land, eradicating the common rights.  The dead straight lengths of wall arcing miles over the fell tops date from this period as landlords marked their territory and controlled the grazing on it.

Please note that there is currently no public access to the mediaeval settlements.

Tucked away directly behind Fell Foot Farm is the site that speaks most to me – the Ting Moot (AKA Thing Mount/Mound – take your pick).  This terraced rectangle of earth, about the size of a tennis court, was a meeting place that is likely to have been built during the 'Viking' period between about 800 and 1066.  The Norse settlers had a very strong influence in the Lakes that we can see today in place names and words like beck (for stream, from the Norse 'bekkr') and fell (from 'fjall', Norse for mountain).  Courts would have been held at the Ting Moot as well as day to day meetings to administer the affairs of the area.  Little Langdale would have been chosen as this spot is central to the southern part of the region, with access possible over Wrynose Pass from the west and via Ambleside from the south and east; the passes here were a major trade route, and you can just about pick out the route of the Roman road (which the current road follows over the passes) in the field in front of the farm.  Standing on the road by the Ting Moot, with the Roman road in sight and Wrynose disappearing vertiginously behind you, it’s easy to see why this spot would have had such power. You can imagine the importance this route must have had when travelling the Lakes by foot or horse, with the valley opening up impressively below while Castle Howe rises sentinel-like directly above.
Speaking of Castle Howe, this is the last of Little Langdale’s scheduled monuments, but unfortunately it seems likely that its history isn’t so compelling.  Although it was scheduled in 2001 as an Iron Age hill fort (based on research from the 1920s), current thinking is that it’s probably not a fort at all - although, as with all archaeology, we can never be certain.  The ditches to the west of the peak, which were originally interpreted as man-made defensive features, are now thought to be natural, and a look at the summit suggests that even if ancient people had created a defensive cordon here, there would be nowhere inside to make buildings or live due to the steep and rocky ground.  Although its human history is in dispute, Castle Howe is a fascinating piece of geology known as a dyke, formed by a plug of lava cooling in a vent from a giant volcano.  It's consequently made from harder rock than the surrounding area so while the rest of the landscape was eroded under the glaciers of successive Ice Ages, these lumps - like Tarnclose Crag and the Langdale Pikes to the north - stand ruggedly proud.

There’s a huge amount more history in the valley that there’s not room to cover here – each of the farms is a fascinating tale in its own right, for instance – and this just demonstrates the rich story the landscape of the Lakes has to tell.  Little Langdale is considered one of the Lake District’s gems in terms of scenery, but scratching beneath the surface can add a whole new level of interest to your hike; the valley is the perfect place to start an archaeological investigation and walk in the footsteps of our ancestors.

The rangers work hard with the National Trust regional archaeologist and building teams as well as the tenant farmers to ensure our Scheduled Ancient Monuments and the rest of the amazing history in our landscape is looked after as well as possible.  Sometimes this means excluding livestock or cutting vegetation on a monument to ensure it's not eroded, while other times we need to get the experts in to find out more information or carry out structural work.  Keep reading our blog to find out more about our varied work in the South Lakes. 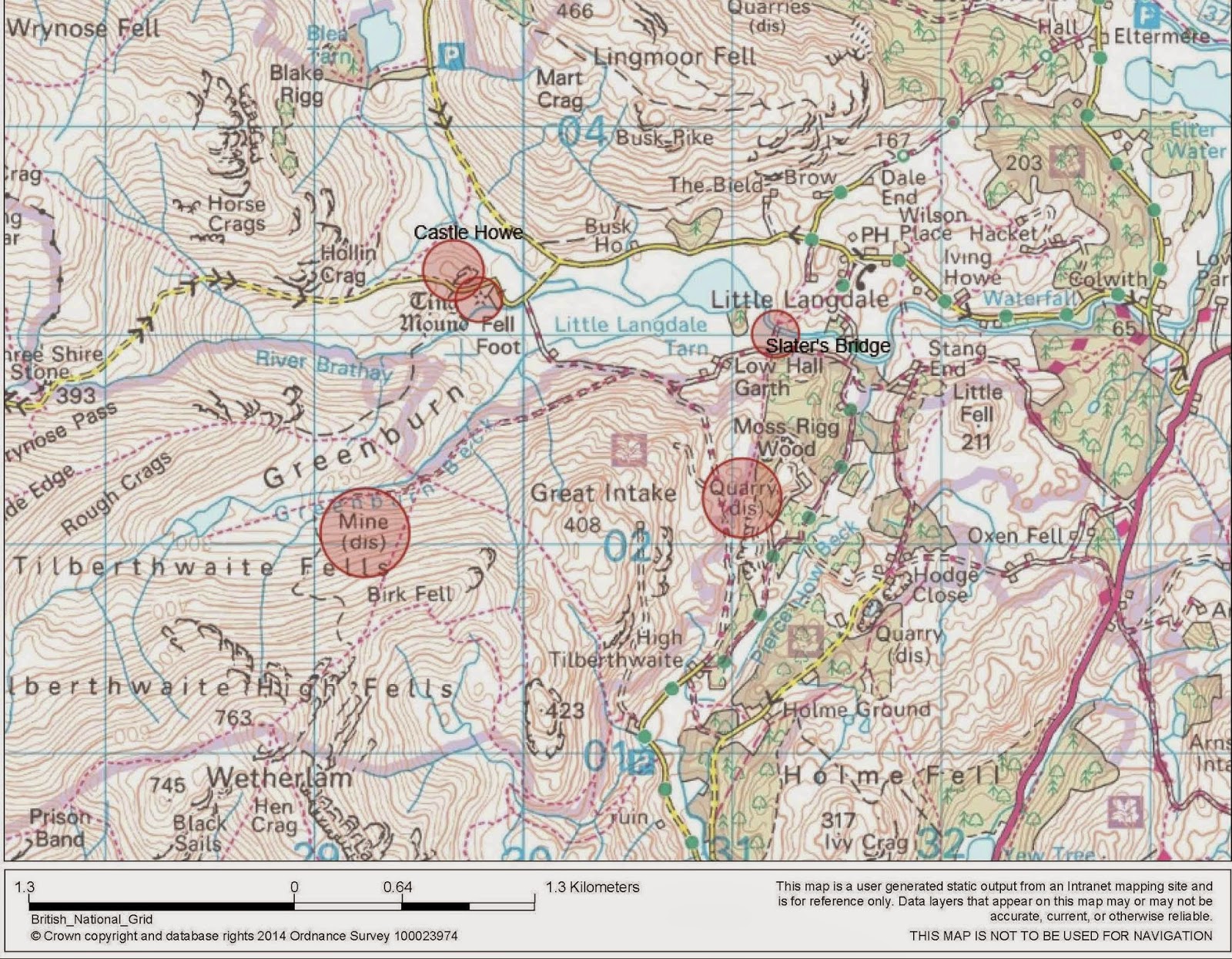