Wild lettuce (Lactuca virosa) is known for having mild sedative and pain relieving properties, due to a milky substance called lactucarium which is found in the leaves and stem of the plant.  All species of wild lettuce contain some lactucarium with various degrees of potency, and have been used by civilisations through the ages.

Min the Egyptian god of the desert and of lightening and sandstorms was always pictured with stalks of wild lettuce behind him. He was also known as a god of procreation and fertility. The ancient Egyptians alleged to possess a book of love agents that contained recipes for aphrodisiacs, many of which were said to be made with the lactucarium of wild lettuce.

The Romans used wild lettuce as a medicinal herb often as an analgesic. The Emperor Augustus, the first emperor of the Roman Empire, attributed his recovery from a dangerous illness to wild lettuce.
Since its modern discovery by Kore in 1792, wild lettuce has also been used as an analgesic. In 1911 the British Pharmaceutical Codex used the active ingredients in lozenges, tinctures, and syrups as a sedative for irritable cough or as a mild hypnotic (sleeping aid) for insomnia. It was even prescribed to calm “irritable” children. It is available today and appears in most herbal sleeping tablets. 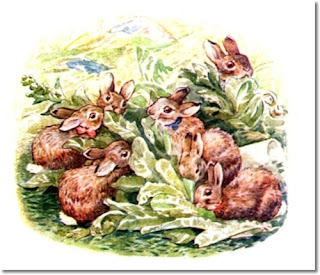 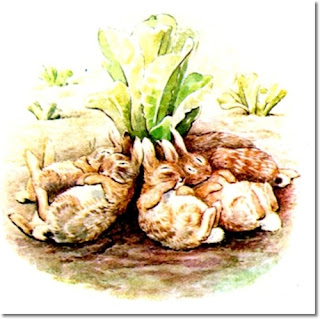 In Beatrix Potter’s The Tale of the Flopsy Bunnies (1909) the rabbits feast on lettuce that proves so soporific they fall asleep and only narrowly escape ending up in Mrs McGregor's rabbit pie. When Beatrix Potter wrote these words in 1909, she would probably have been well aware of the properties of wild lettuce (Lactuca virosa).

Posted by NT South Lakes Rangers at 08:30
Email ThisBlogThis!Share to TwitterShare to FacebookShare to Pinterest