A visit to the Aiguestortes I Estany de Sant Maurici National Park.
In September I was lucky enough to pay a visit to a National Park in Spain, to find out how things were done over there, and if any ideas might be transferable to the Lake District. The trip was funded by the National Trust’s Land, Outdoors, and Nature travel bursary scheme, which enables NT staff to investigate good practice of helping people to connect with nature.
The Aiguestortes I Estany de Sant Maurici National Park is in the north-west corner of Catalonia, close to the French border in the Pyrenees. The name translates as ‘winding rivers and little lakes of Saint Maurici’, and it doesn’t disappoint. Amidst the countless rivers and lakes, deciduous woodland merges into pine forests which cloak the hillsides up to a natural treeline, and from which vertiginous peaks emerge, rising skywards for up to 3000m. It’s a spectacular landscape, popular with visitors wishing to exploit the wealth of recreational opportunities.  But I was keen to find out how people were managed, how the expectations of visitors were balanced with conservation, and whether any ideas would be relevant to the particular pressures facing the Lake District. 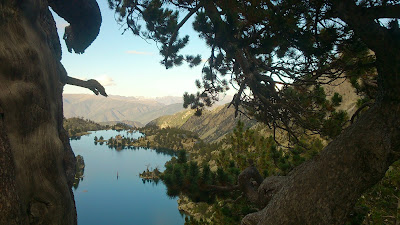 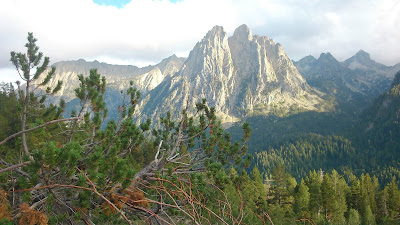 Designated in 1955, the park covers 408km2, split between a peripheral zone of 267km2, and a core area of 141km2. This distinction plays a pivotal role in how the park is managed.  Within the core area, human activities are stringently regulated, with a firm emphasis on access by foot only, and allowing natural processes to dominate.  There are no permanent dwellings within this area, the only buildings being the high mountain ‘refugis’. Somewhere between a youth hostel and a mountain bothy, these are staffed in the summer months, and for a few euros weary hikers can receive a hot shower, a meal, and a bed for the night. As no camping is permitted anywhere within the core area the refugis play a vital role in enabling visitors to explore the park. However, many people, including park officials, believe that the camping regulations are too strict and in a wild area with no roads are unenforceable anyway.  No roads means no traffic however, which lends the core area a very peaceful atmosphere and makes it feel more remote than it actually is. The only vehicles permitted to enter are Land Rover taxis to ferry people to the two main starting points for hikes at either end of the park. 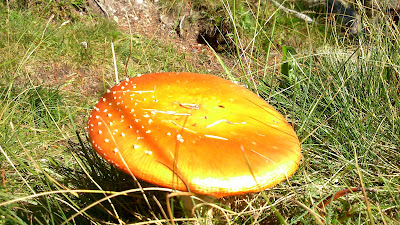 Other prohibited activities include hunting, fishing, swimming, and the gathering of wood and mushrooms, to name but a few! All these rules can seem fairly draconian at times, and certainly a good deal of the residents in the surrounding villages feel somewhat alienated by some of the restrictions.  Mushrooms seem to represent a particular bone of contention, with a lack of comprehension that a popular activity practised for generations is being curtailed.  On the whole though, there is support for the park and what it is trying to achieve, certainly in the two main gateways of Espot and Boi.  These villages have seen living standards improve dramatically in recent decades, as they have moved from isolated and self-sufficient farming communities to ones largely supported by tourism. Of course, this process is not itself without drawbacks, as traditions in this fiercely independent region have been eroded and skills lost, and there is a danger that a decline in tourism would leave many local businesses in trouble.
This shift from farming to tourism has resulted in a relative decline in livestock numbers in the core area. Traditional grazing rights mean that some farming is the only commercial activity permitted here, and although the evocative clanging of cowbells can still be heard within the boundaries, stocking densities are low enough to allow for the natural regeneration of the forest. Although welcomed by many, not everyone is happy with this development, with some viewing the expanding woodland as detrimental to the aesthetic appeal of the park, and even an increased fire risk. 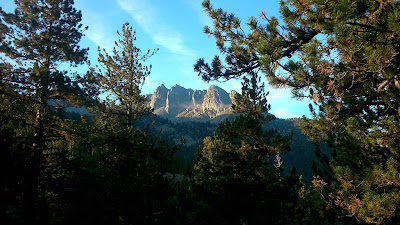 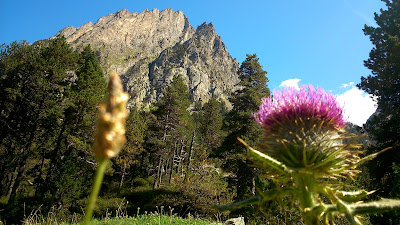 Outside of the core area, within the peripheral zone, rules are more relaxed. Commercial activities such as forestry and slate mining take place, and several small ski resorts bring in significant tourist revenue.  Hunting and fishing are allowed with the necessary permissions, and the region is a significant destination for anglers. In fact, in efforts to maintain good relations with local communities, conservationists working to protect upland tarns from introduced brown trout have relocated them, at considerable expense, to lowland rivers.

Within this zone are the power plants which are fuelled by the dams higher up. In a region epitomised by the existence of upland waterbodies, hydroelectric power has been a significant feature of the landscape for well over 100 years, and the power plants supply electricity to populations as far away as Barcelona. Many local communities hope that they will be able to gain control of this abundant and relatively environmentally friendly source when power company leases begin to expire in the next decade.
One aspect of the economy which is under local control is the area of Romanesque churches in the Valle de Boi. These churches, with their distinctive belltowers, date back to the 11th century and are unique to the region. Their cultural significance is such that they were designated a UNESCO world heritage site in 2000, and are now another important draw for tourists in the region. 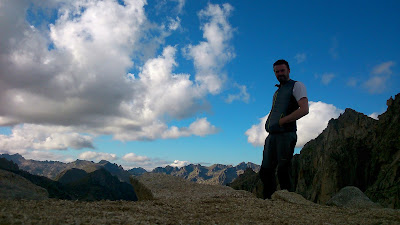 My visit to the Aiguestortes I Estany  National Park revealed to me a beautiful, wild, and in many ways natural landscape. But a landscape still subject to the influences of human activity. I admired the protection of a core area, free from any significant development and exploitation, but recognised that this came not without its adverse effects on surrounding communities.  How transferable these ideas might be to the cultural landscape of the Lake District is arguable, and it seems that the cohesion between economic, social, and environmental responsibilities is as finely balanced in the Pyrenees as anywhere.
By Matt Tweed, High Wray Basecamp ranger
Posted by NT South Lakes Rangers at 09:00
Email ThisBlogThis!Share to TwitterShare to FacebookShare to Pinterest
Labels: conservation, overgrazing, pyrenees, stocking densities