There has been lots in the media about tree diseases over the last couple of years, Ash Dieback and Oak Processionary Moth are just a couple.

In the South Lakes woodland we have been battling a disease which affects larch trees called Phytopthera ramorum (Pr).  Its a fungal like disease which eventually kills the tree.  It's spores spread on the wind and in water so conditions in Cumbria mean the disease is a real threat, particularly our larch trees but sweet chestnut is also affected.

The Forestry Commission fly over the county in May and try to spot individual trees which may be affected from the air - they show up as having yellowy needles - healthy trees are a lovely pale green.  Once spotted the trees are tracked down on the ground (not easy even with a GPS!), felled and tested. 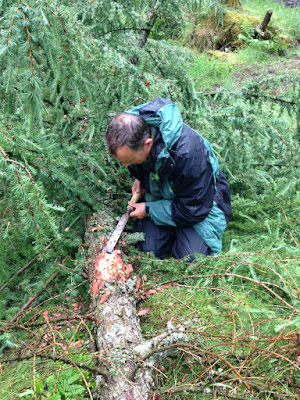 The inner bark is removed and tested with a special kit in the woods, if it's found to be positive further samples are sent to a lab to confirm the diagnosis. 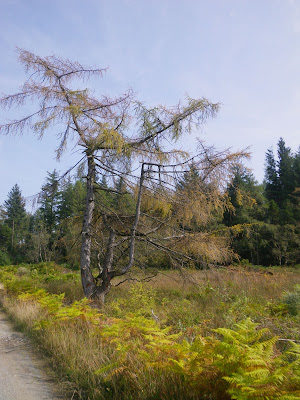 Pr. larch on FC land above Windermere.
If  a tree is confirmed with Pr. we work with the Forestry Commission (FC) and are served a Statutory Plant Health Notice (SHPN) around the affected tree.  A radius of 100m is often used though in some circumstances it can be wider, any susceptible tree within the area is felled.

Once the SHPN has been identified it's a matter of deciding the best way to deal with the trees contractor or our own forestry team? 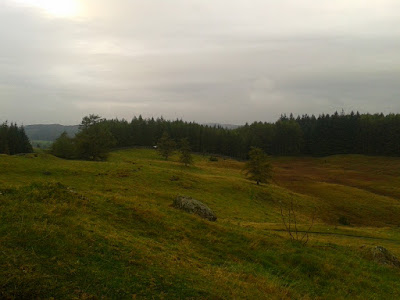 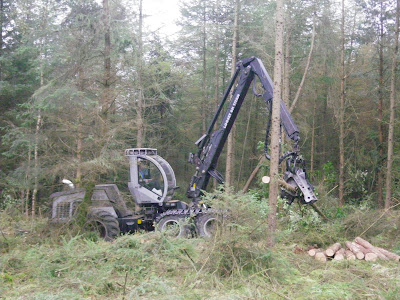 Harvester at work felling the trees. 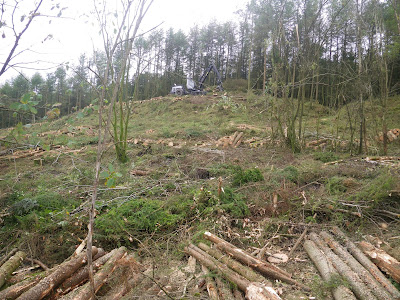 The harvester felled and converted 4.5ha of 30 year old larch in 8 days!  It took much longer to move the timber to market as the wood was a the end of a long narrow track. 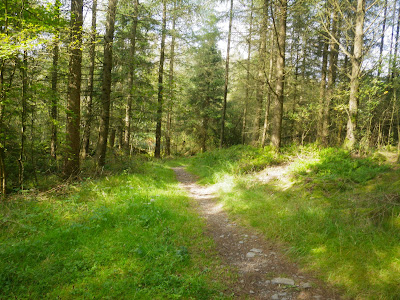 Plantation behind Basecamp before work. 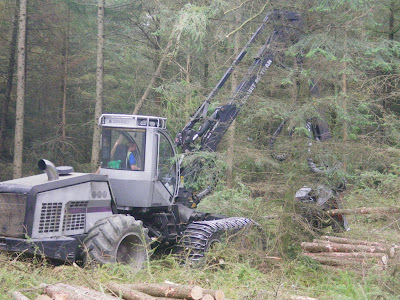 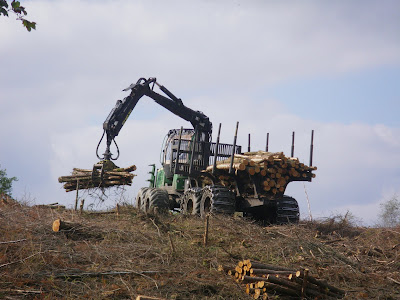 Moving the felled timber with a forwarder.

Not all sites are suitable for large forestry machinery the final site was steep, rocky and had power lines running through it, it was felled by our forestry team. 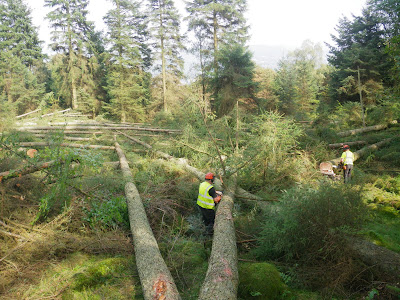 The timber from the infected sites can be sold (the disease doesn't affect the timber) but it has to be moved by licenced hauliers to licenced sawmills to be processed.
In order to reduce the spread of disease all equipment used on a Pr. site has to be cleaned before it leaves the site this includes chainsaws, tractors and boots. 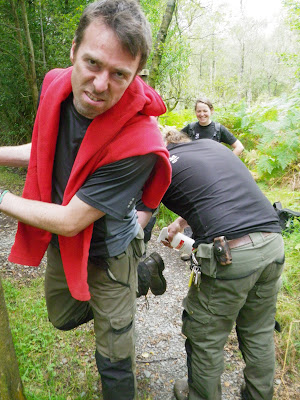 Matt not enjoying having his boots cleaned.

You can help reduce the chance of spreading the disease through Cumbria's woodlands by cleaning as much mud and soil form your boots, tyres and paws as possible between woodland walks.

And the silver lining?  Many of the larch plantations were planted in the 1960s on sites which were native woodland and though things can look a bit bleak right now felling the trees because of the disease does give us the opportunity to try and establish more native woodland to fill the gaps.
Posted by NT South Lakes Rangers at 12:30
Email ThisBlogThis!Share to TwitterShare to FacebookShare to Pinterest