I know it’s a bit late but happy Chinese NewYear , it’s the year of the sheep lucky numbers 2 and 7 lucky colours brown , red and purple.

Of course every year is the year of the sheep in the Lake District , sheep have been an important part of the culture, economy and landscape here  for over a thousand years.


One breed of sheep has a particularly strong connection to the area,  reportedly brought over here by the Norse Vikings , Herdwick sheep have been grazing on the Lake District Fells  ever since . They are a hardy breed , stocky, short legged and with thick wiry wool , at home in the mountains they live up there almost  year round at altitudes of up to 3000ft, without needing any supplementary feeding , their ‘ low maintenance’ has made them popular with generations of Cumbrian farmers.

The significance of sheep farming and Herdwicks in particular to this area  is hard to overstate not only have sheep been the backbone of almost every Lake District farm since the time of the Vikings,  providing a livelihood for generations of farmers and their families,  but  the trade in sheep , lamb, mutton and wool has helped to establish important market towns like Kendal, Hawkshead and Ulverston. The wool trade supported the wealth of the Abbeys at Furness and Fountains Abbey that owned land in the Lake District in the 15th and 16th centuries, and traded as far afield as Italy !  ‘Kendal Green’ was a hardwearing woollen cloth popular in medieval England and even mentioned by Shakespeare  in Henry iv ( part 1 )

Sheep farming and the wool trade has quite literally changed the face of the Lake District , old pack horse routes are now our main roads, we still  have narrow pack horse bridges over the becks and  the flagstone and drystone wall boundaries that we see today,  were built to keep sheep in the fields .

The Herdwick sheep are unique in many ways ,  the ewes , because they are a mountain breed usually lamb later in the year when the weather is kinder and the grass has started growing . The higher fell farms will  start lambing in April when other lowland farms lamb in February . The purebred ewes usually have only one lamb , the  lambs are born black and  their fleece gets lighter and greyer as they get older. As I get older I find my fleece is  getting greyer as well !

Herdwicks are definitely part sheep part goat, they are agile climbers , helpful when you have to graze on rocky crags. I have seen herdwicks climb high walls with ease and on one occasion saw a herdwick jump straight over a stock fence with barb wire on the top , just because there was the prospect of a better meal on the other side !
Much of our South Lakes property came from Beatrix Potter, the famous  writer and illustrator of childrens books what is less well known is that she was an active farmer,  Champion Herdwick sheep breeder and later in life the President of the Herdwick Sheep Breeders Association. Everything she turned her hand to,  she did to the very best of her ability and sheep breeding was no different . Why she had such a passion for sheep breeding and Herdwcks in particular we don’t really know , I personally think that part of the reason was the uncanny  resemblance of the Herdwick to her father Rupert , who was always the favourite of her two parents . 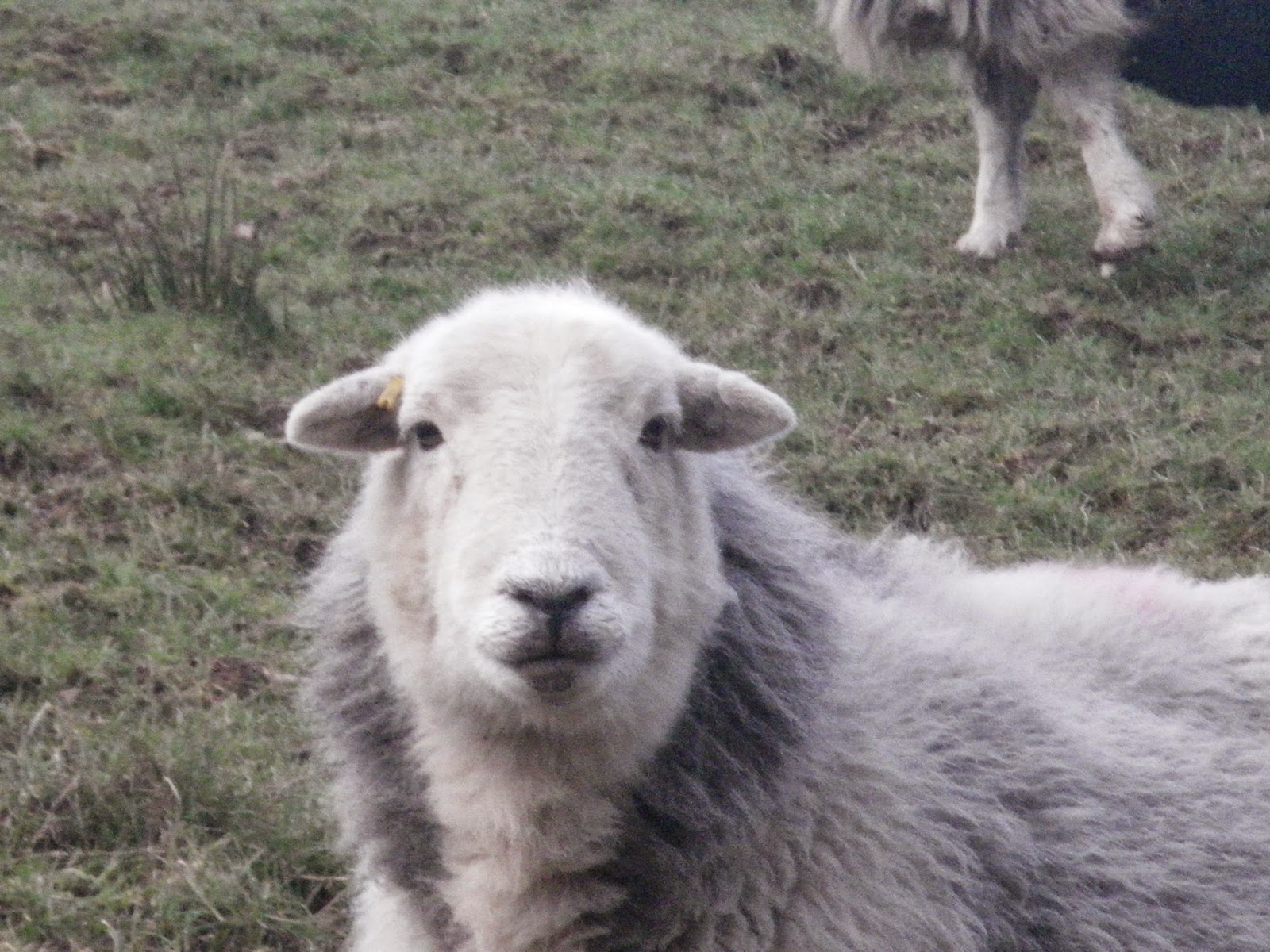 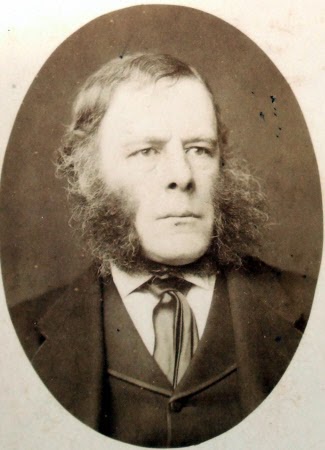 Beatrix's father Rupert is the one on the right !

So sheep have,  and will continue  to play an important role in the story of the Lake District , the National Trust even has a ‘ landlords flock ‘ of herdwicks to ensure that this happens,  but like  all things it is a question of balance .

In recent decades the number of sheep on the fells, encouraged by  subsidieshas increased to a level that has had a negative impact . Sheep are not very selective in their grazing habits and will eat anything that is in front of them . Sweet fresh grass is preferred , but if that is not available they will eat other shrubs, flowers and young trees. Sheep in woodlands and gardens can wreak havoc in a short period of time , making it important that we maintain our woodland boundaries to a high standard and at some cost .

Heavily grazed grassland  on the fells and the valley sides  means that there can be a very short grass sward a lack of diversity in terms of wild flowers and insects and a tendency for soil erosion  to occur with tonnes of soil washed into our becks during heavy rain . Over a long period of time this means a massive loss of habitat and a loss of carbon stored in peat .

Sheep numbers in recent years  are starting to fall again but there is still much to do to minimise further damage and ensure more sustainable land management in the future , this will be  a real focus of our work in the Trust in the Lake District in the coming years.