Bringing the outside in!

If you've been reading our Hilltop, the Gallery and Wray Castle blog, then you will have seen that Wray Castle is open once more for the 2013 season.  There was a mad dash to the finish line to get everything ready, but with the help of some wonderful volunteers and many staff we did get there and were ready to open as promised, so come and say hello!  They are open 10am-5pm everyday.

This year something that is slightly different is that the Ranger team were given a room to call their own.  Called the countryside room, it is a room where we decided to bring the outside, in.  Afterall it's what we know best about!  The question was where to begin?  Do we put a sprinkler system in to recreate the great British summer, maybe some sheep poo to recreate the aroma?   Or perhaps just some sheep?! 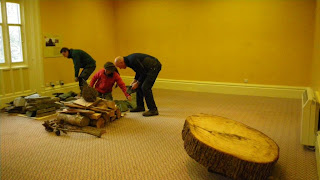 The countryside room as work began
Well where we did in fact start was by ordering some astro turf to lay as carpet, then we carried up some stone to build a dry stone wall and for good measure we carried up some massive tree discs to act as a history lesson!  I think half of the house staff thought we were a bit mad, and well yes we are, but it was great fun! 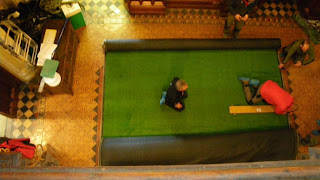 Cutting the astro turf ready to carry up 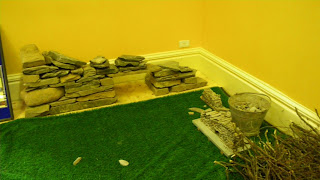 The drystone wall and mini walls for people to have a go at walling with. 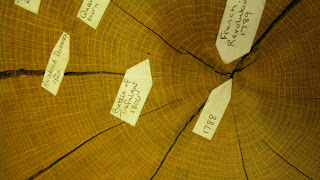 One of the tree discs and some notable historic dates 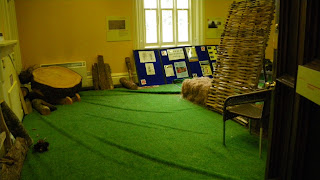 The room as it was for opening
So lots has been done, but we are still adding some finishing touches, including getting the astro turf properly fitted and adding some fencing and a gate.  It will change throughout the seasons and during the summer you may even find a ranger in the room running some activities.  Eitherway we hope its a room that lets people engage and learn about what we do, so when you're next in the castle go and have an explore (just be careful of the sheep...)!

Posted by NT South Lakes Rangers at 14:32
Email ThisBlogThis!Share to TwitterShare to FacebookShare to Pinterest