Toblerone or not Toblerone that is the question - New Year Resolutions 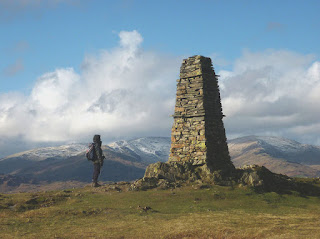 Another  year is coming to a close and it seems an appropriate time to look back and reflect, to think about the highlights, what’s been achieved and those New Year resolutions.

Last night I was tidying the bedside drawer and sifting through all the tablets, sprays, inhalers,ointments and contraptions that enable me to function as a vaguely normal human being these days,  I came across a crumpled bit of paper; on it I had scribbled my new year resolutions for 2016. It read.....

Note to self . ... Believe and achieve


Mmmm.........Well if you’ve opened a newspaper, or turned on the news recently, you’ll have realised that I haven’t made quite as much progress on the first two as I would have liked, and indeed after a strong start in the garage earlier this year I have slipped back there somewhat in recent months as well. So much so in fact that a neighbours son came round recently while playing; aged about 6 he comes from a family who keep  their house scrupulously clean and are fastidiously neat. He was playing the role of an inspector of some description, complete with clip board , pencil and a disapproving look that Claude Littner off  ‘The Apprentice’ would have approved of ! He took a look inside the garage and after not much deliberation ,declared it a fail, on some unspecified health and safety infringement, .... cheeky monkey.  What’s wrong with kids these days anyway, playing at Health and Safety Inspectors,  when they should be out stealing from shops, smashing things up and having spitting competitions ?
To be honest looking at it myself again I could see his point, I thought it’s a good job he hadn’t seen the garage before I’d tidied it  ........

That’s the final straw, I resolve that my  new year resolutions for 2017 will be more achievable  ....

But, if you decide you have more about you than me,  why not make some more challenging resolutions.

2.      Re-connect with the natural world – Spend some quality ‘you time’ or should that be ‘Yew time’ in the beautiful, tranquil Dodgson  and Bailiff Woods on the east side of Coniston Water, Cumbria.

3.      Climb your first mountain – walk in the footsteps of Chris Bonnington. The summit of Latterbarrow at 803ft is a good starting point and gives you views as good as any summit in the Lakes. Alfred Wainright says  it's "a circular walk needing little effort yet yielding much delight".

4.      Do more work for charity – volunteer for the National Trust in the countryside or at one of our houses.
( other bits of countryside and charities are available )

Whatever you decide to do have happy and peaceful 2017, this has been Ranger Paul signing off for the South Lakes Ranger team , see you in the New Year.....now where did I put that extra large triangular chocolate ? ahh there it is underneath my Trilby.
Posted by NT South Lakes Rangers at 15:10
Email ThisBlogThis!Share to TwitterShare to FacebookShare to Pinterest
Labels: Claude Littner, New Year Resolutions, Toblerone, Trust 10