Spring in the woods means only one thing to lots of people: bluebells! Vibrant carpets of the delicate cyan flowers are a quintessential British experience at this time of year.

And it’s not just a spectacle; Britain is home to fifty percent of the world population of this species of bluebell. As plants recolonized the northern latitudes after the last Ice Age, bluebells reached Britain just before the sea level rose and cut us off from the continent, so lots of other plant species never arrived here.  In the rest of Europe, bluebells are out-competed by some of these species, whereas in the UK they are free to thrive. 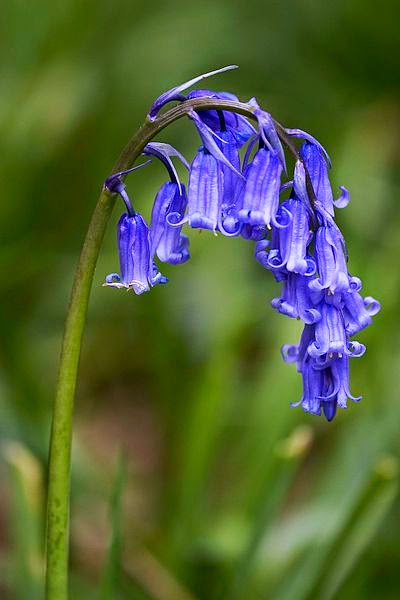 But I’d like to take you beyond the bluebell. Although bluebells are spectacular, my favourite time of the woodland year is actually a couple of weeks earlier, when some of the other woodland wildflowers are the real first sign that spring’s on its way.  Like bluebells, these plants have adapted to life in the woods by flowering before the trees are in leaf, so they make the most of the sun.  They don’t always form such a dramatic carpet on the woodland floor as bluebells, but often the fact that a number of different species are clustered together - with their diversity of colour - makes for a sight to gladden the soul. 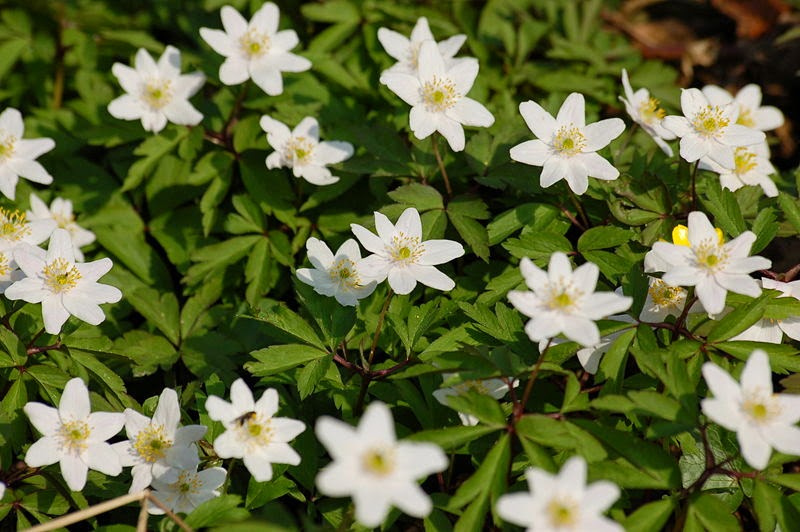 Wood anenomes Anenome nemosa are one of the most important indicators of ancient woodland.  They reproduce through rhizomes (root-like structures) that only spread about six inches a year – this means they don’t colonise new sites easily, and the presence of a large population means that a wood has been undisturbed for a very long time.  They can also provide an interesting clue to previous land uses, as they're sometimes found on open ground – but this is a strong clue that the area has been wooded previously. 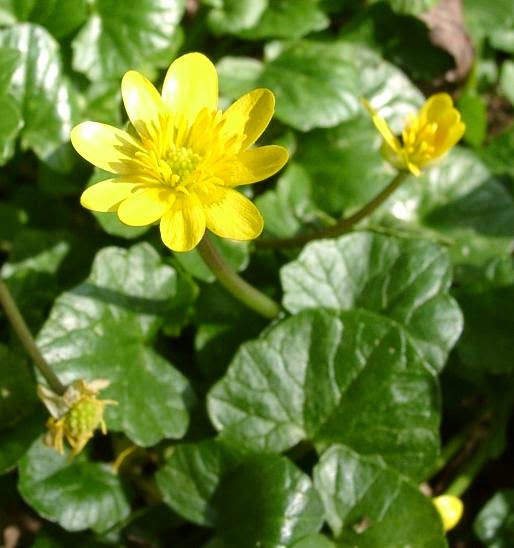 Like wood anenomes, lesser celandines Ranunculus ficaria can be found in a variety of habitats, but usually give us a clue that the area has been wooded at one point.  It is sometimes known as ‘the spring messenger’ as one of the earliest flowers, and William Wordsworth was inspired to write three poems about the plant – famously, however, the celandine carved on his gravestone is the wrong species, the greater celandine.  It is also sometimes known as pilewort because there is an old folk belief that the crushed roots could make a lotion for piles when mixed with wine or urine! 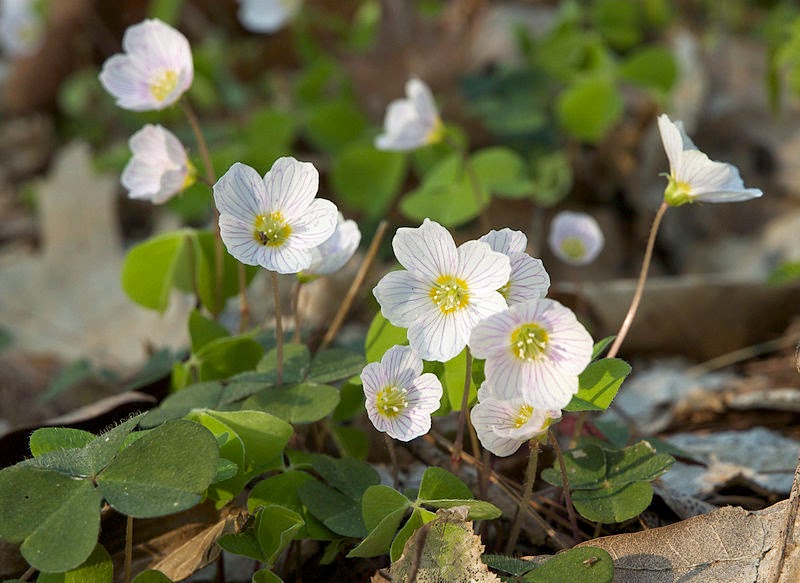 Wood sorrel Oxalis acetosella is probably my favourite woodland wildflower despite its ubiquity.  It particularly thrives in cool, shady woods  - of which there's no shortage round here - and can tolerate shade much darker than other plants. In the Lakes, it often grows out of the mossy carpet on the woodland floor or even from moss growing on tree branches, creating lush hanging gardens in the canopy.  The leaves are delicious and taste of apple peel, but don’t eat too many as they also contain Oxalic acid.  Wood sorrel is one of the more widespread flowers globally and is native as far north as Iceland, south down to Greece, and east as far as Japan! 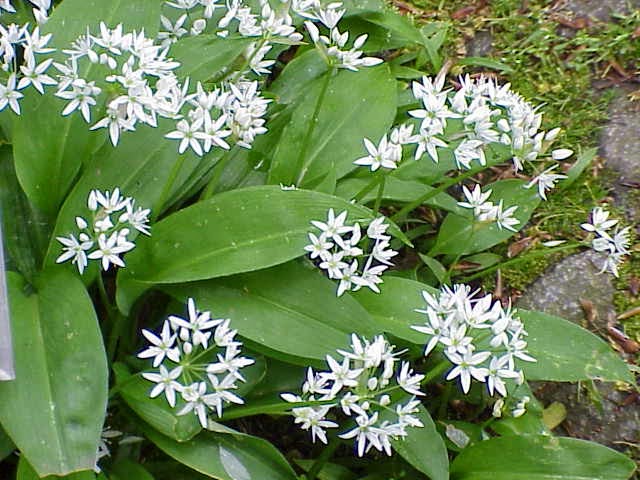 Wild garlic Allium ursinum is another very common flower of damp woodlands and lends the woods their distinctive garlicky aroma in early spring.  The latin name means ‘Bear’s garlic’ and is so-named because where they still exist in Europe, brown bears love to truffle up the roots! Both the leaves and flowers are edible and have a more gentle taste than culinary garlic – wild garlic risotto is a personal favourite. 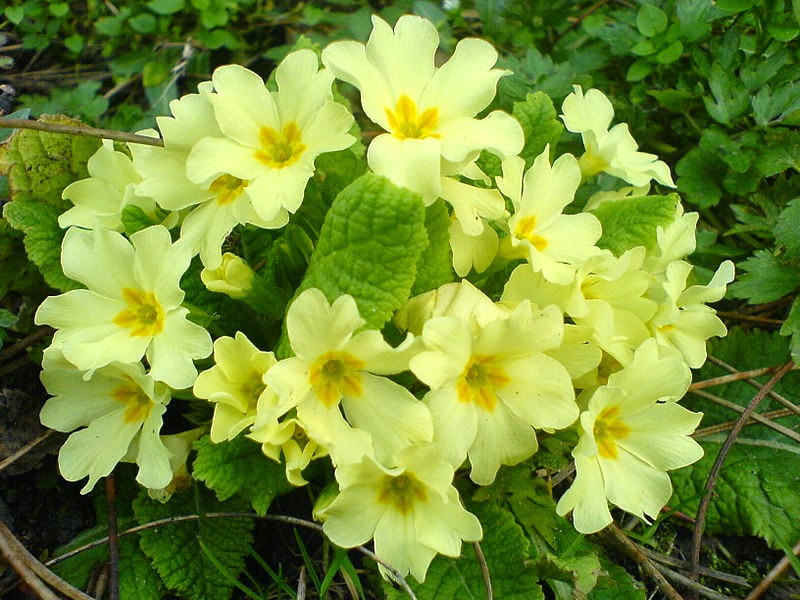 Primrose Primula vulgaris has been under threat in England over the last few decades because of people digging plants up to put them in their garden – fortunately attitudes have changed and this sort of thing is much less common now.  Primroses can be seen anywhere that’s undisturbed, cool and slightly shady, so our Lake District oakwoods are great places to find the lemon yellow rosettes.

Get out and see 'em!

The South Lakes is home to lots of fantastic native woodland so it’s the perfect place to get out and see woodland wildflowers in the spring.  The woodlands on Windermere’s west shore, along the Yewdale bridleway, above Glen Mary car park, or along Coniston’s east shore are particularly special places with rich flora and incredible atmosphere – make sure you don’t miss the spectacle, it changes day by day at this time of year!
Posted by NT South Lakes Rangers at 10:00
Email ThisBlogThis!Share to TwitterShare to FacebookShare to Pinterest
Labels: bluebells, Coniston, flowers, National Trust, Spring, spring flowers, wildflowers, woodland, woodland walks, woodlands