If you are a regular visitor to our blog you will have noticed that being a National Trust Ranger has many varying different tasks and responsibilities, for instance.

The Upland Ranger, fix miles upon miles of the Lake Districts Fell top paths, their skin hardened by the elements and suntans any antique dealing TV presenter would be proud of.
The Estate Team, endlessly & tirelessly mending broken fences and wall gaps, ensuring lost or misguided wanderlusters continue safely on their quest for the ultimate 'WOW' by simply pointing them in the right direction!
The Woodland Ranger, rarely seen without his trusty tail wagging companion, will have a dangerous path side tree felled and tidied away in the time it takes you to consider if anyone was around to hear it fall?

All of them take great pride in what they do! I am no different, I am .... 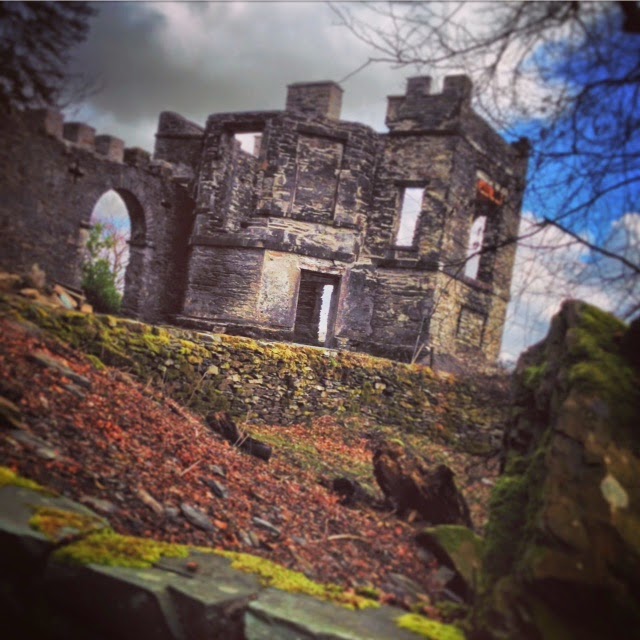 The Car Park Ranger! ... Before you swiftly scroll away to a story of epic endeavour I want you to know that I am going somewhere with this story. My main role is managing the presentation of the car parks (5 in total for the South Lakes), filling in potholes, fixing drains etc etc. I also assist the team with the maintenance and upkeep of certain areas the car parks are attached to such as Tarn Hows, Blea Tarn and so on. This means I have the pleasure of traveling around our property the most. This encompasses the sleepy village of Little Langdale, the rugged landscape of Coniston, the beautifully picturesque market village of Hawksead and the wild wild western shore of Windermere, in particularly what is known as Claife Heights, and what is a personal favourite of mine.

Claife is steeped in folklore, legend and history, most noticeably at Claife viewing station. Originally built in the 1790's by Rev William Braithwaite, to entertain wealthy visitors to the area. Legend has it that the windows were varied in colours to create a 'WOW' effect to the views over Windermere deemed so amazing that female visitors were given mirrors to witness the views in reverse for fear of swooning. The Viewing Station (not the Cottage & Courtyard) passed to the National Trust in 1962 as part of a 1000 acre estate. Sadly the building which once stood as a grandiose beacon for the picturesque movement had become quite derelict, and beyond repair.


With the help from donations, legacies and various project funding (such as Windermere reflections) the station once again stands proud as a beacon of artistic movement. You can now discover this amazing structures colourful past and enjoy the Panoramic views of Windermere as they were enjoyed over 200 years ago (N.B. mirrors are not supplied just yet). The station challenges all your senses, from textures of the building, the views over lake Windermere and the slightly chilling sound of the Aolean wind harp. 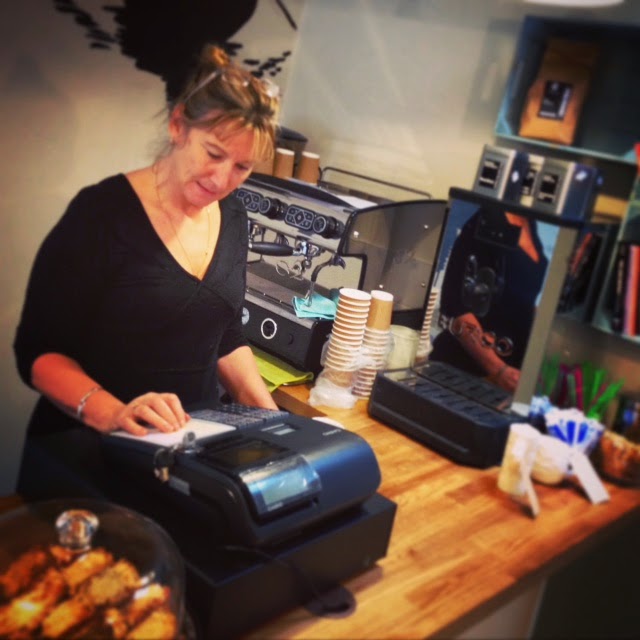 No National Trust property worth its salt should come without it's very own Cafe and, Claife is no exception. So after you've absorbed the views of the Lake you should wander down and grab yourself some freshly made cake, a coffee or a pot of freshly made tea from local, family-owned tea specialists 'the New Leaf Tea tasters' (located just 5 minutes away).

The Cottages are a very recent addition to the National Trust family. They came into our possession in 2010 and were built c1800. From the early 20th century to the 1960's these cottages served as a tea garden. South Cumbria Construction, along with the National Trust labour teams have done a fantastic job of bringing these cottages to their former glory, and are in effect an attraction in their own right. Sit in, or sit outside in the young gardens underneath the wooden gazebo. 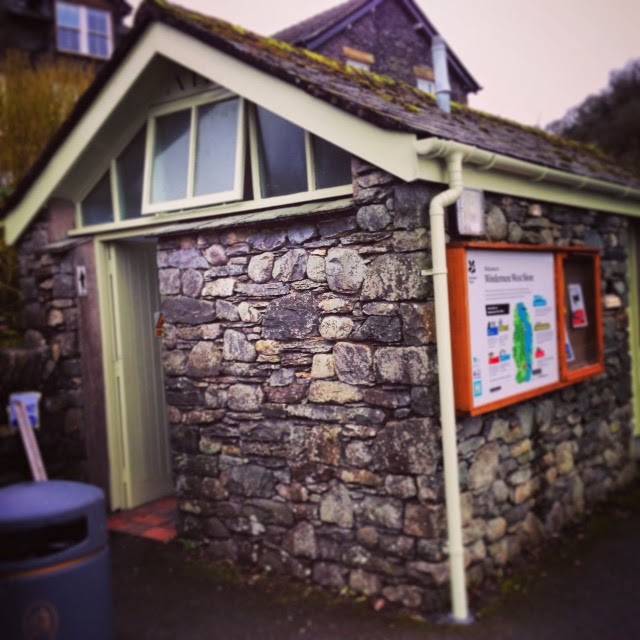 Now, before you set off! I have something very important to tell you! there aren't any public toilets on site. Before you reel away in outrage there was very little we could do about this, mainly due to lack of facilities. HOWEVER! this does not mean we have left you lumbered in the middle of no where with your legs crossed. Saved from closure in 2011 the National Trust took on the mantel of managing the toilets at Ferry Nab from the National Park. We've given them a fresh lick of paint and a full makeover in line with the rest of the development ...

We hope you will come and visit us at Claife, it's testament to the hard work everyone has put in over the last year or so, and it's particularly warming to see this almost unrecoverable building standing proud once more.