On Saturday the 15th November 60 volunteers gathered for what's becoming the annual Monk Coniston garden bash.
Monk Coniston was the home of James Garth Marshall who created Tarn Hows, what's less well known is that he landscaped the grounds, created a network of footpaths and planted a collection of specimen trees.
Over the years the views have been lost and the specimen trees buried under more and more rhody - you can't see the (specimen) trees for the woods! 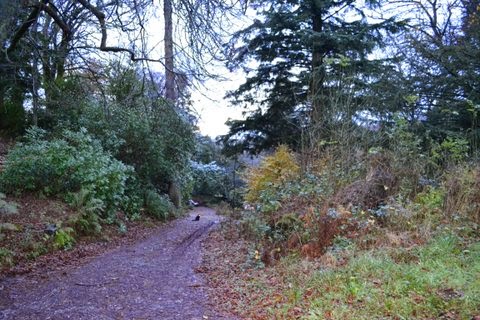 Before -rhody spilling down the bank 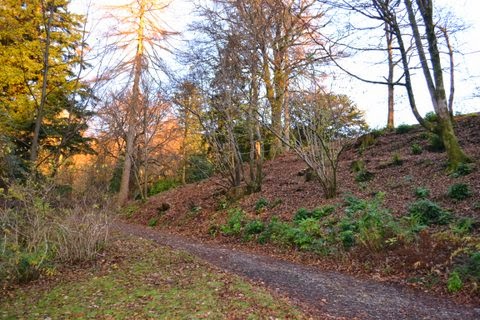 After - rhody cleared and burnt

Helen & John who manage the site for HF Holidays (NT tenants) gathered their volunteers and split them into 4 groups, each with a separate mission clearing paths, clearing the old Ha-ha, clearing views - each group did so much clearing that by dinner there were 4 large fires to burn the waste. 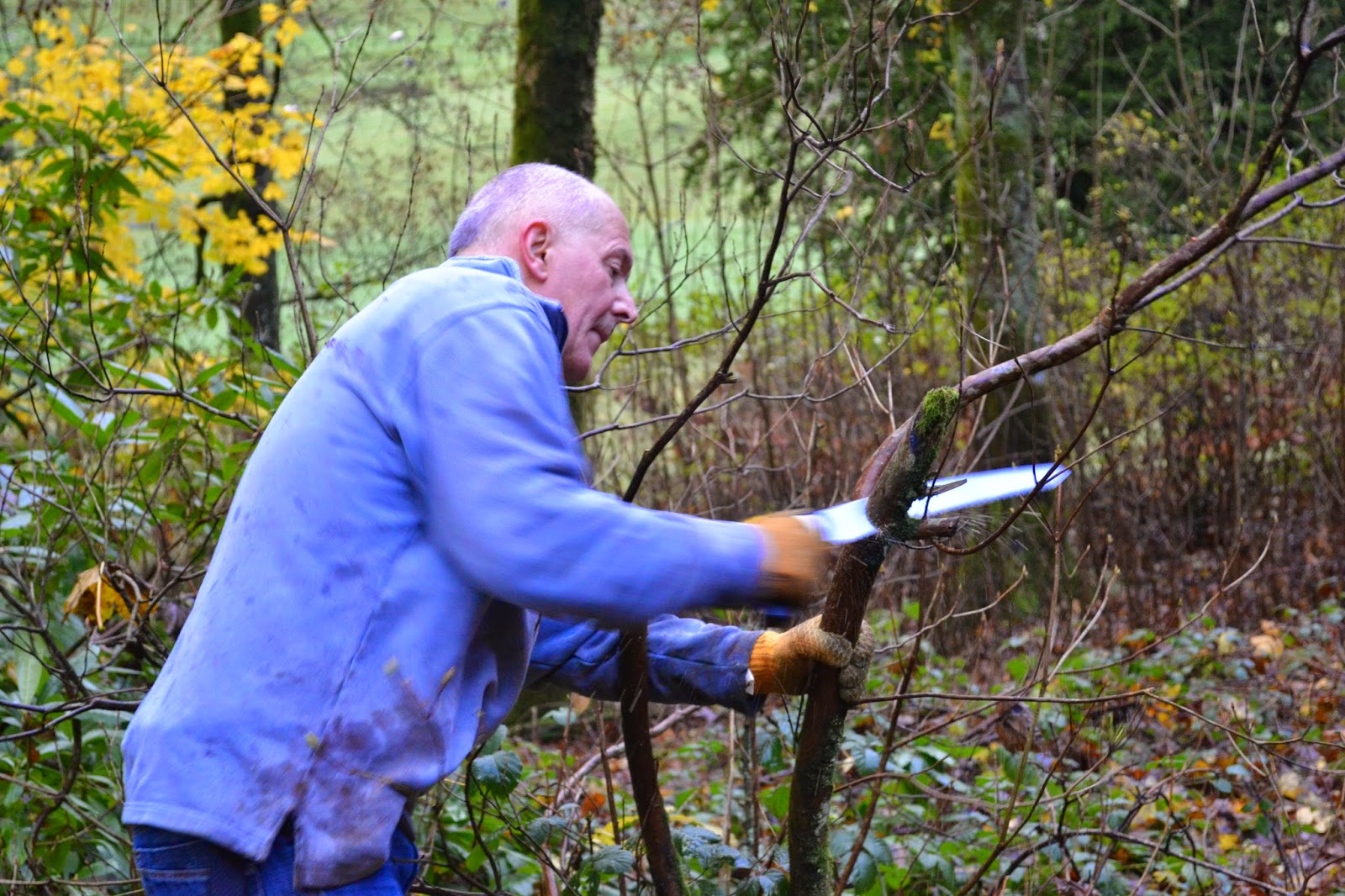 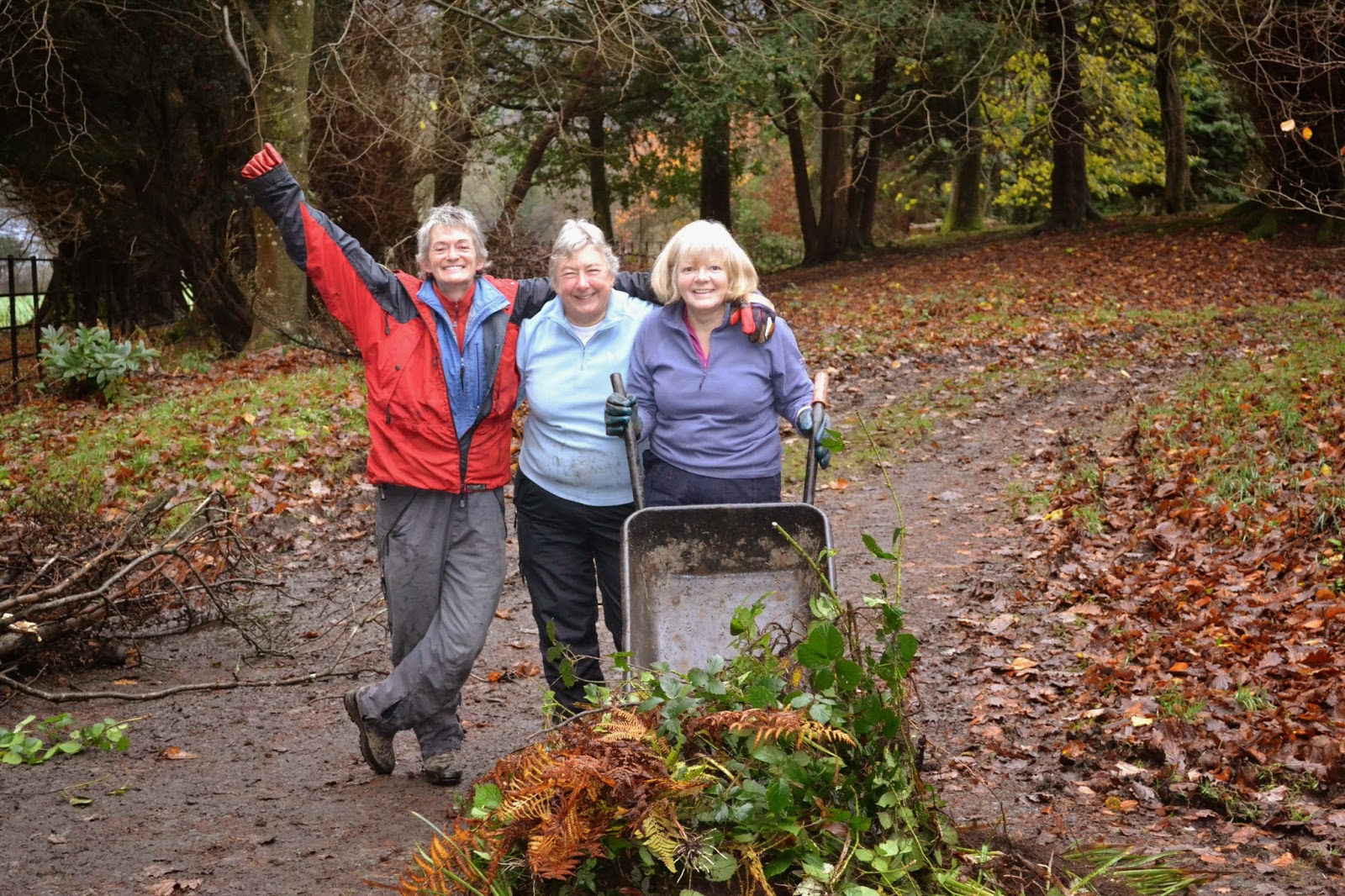 Another load for the Ha-ha bonfire 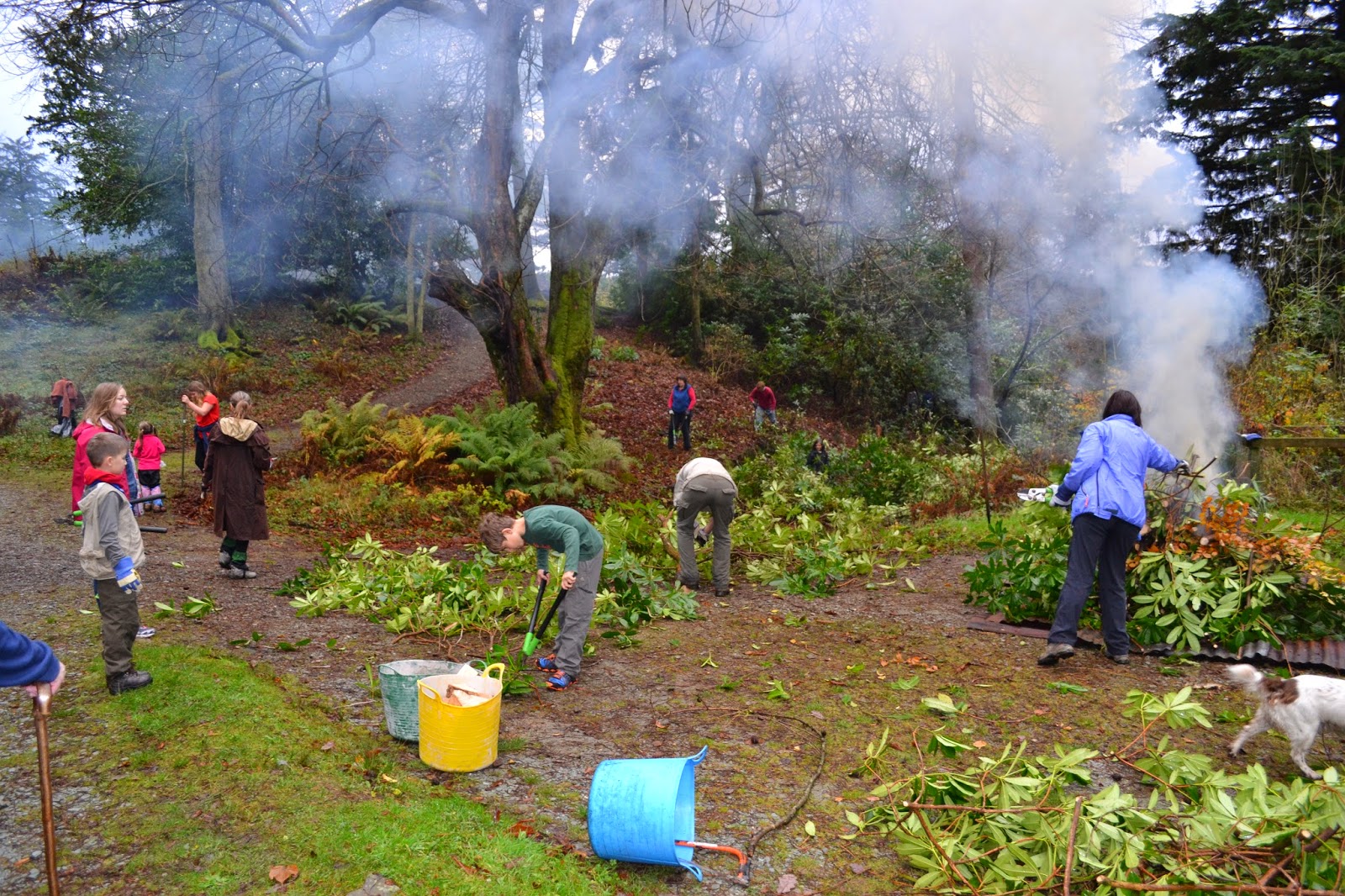 Once the areas are cleared the rhody can be managed more easily and Helen's regular garden volunteers can keep on top of the bramble and other vegetation. 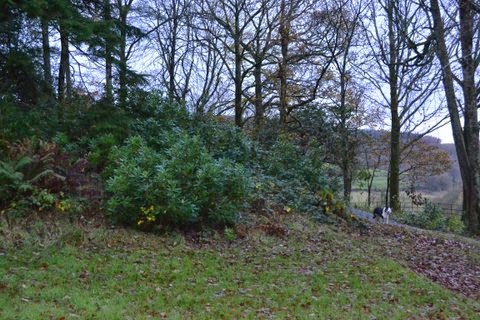 Rhody hiding the trees behind 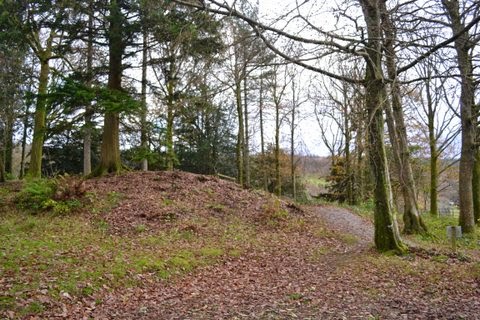 Views of the trees opened up

John and Helen said "The formula absolutely works - everyone involved brought tons of enthusiasm and worked tirelessly during the day...... the level of gardening input was only matched by the volume of conversation at dinner in the evening!  The weekend is a fantastic blend of hard work and sociability" 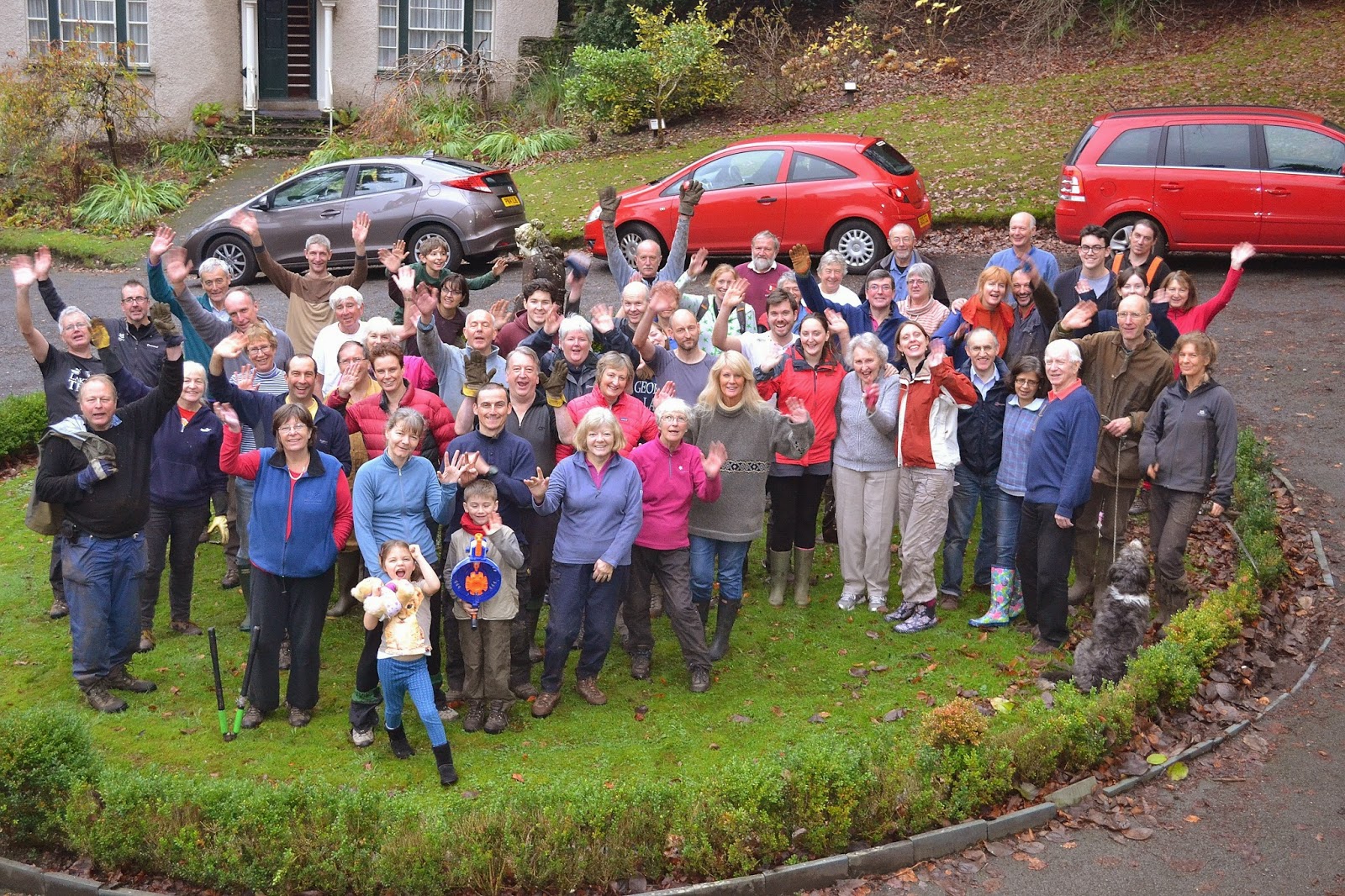 I suspect that after the day's work that all the volunteers put in that they all slept really well no doubt helped by the fact that Barngates brewery donated a barrel a 'cracker' for the evening!

Posted by NT South Lakes Rangers at 10:00
Email ThisBlogThis!Share to TwitterShare to FacebookShare to Pinterest