If you went out for a walk up on to Crinkle Crags one weekend late in June you may have seen what looked like an army of people working on the fellside.  The reason?  It was the Basecamp Blitz weekend.  The event was organized by the team at High Wray Basecamp and the Fix the Fell Lengthsmen.  As well as staff and volunteers from the Lake District working over the weekend, there were representatives from Snowdonia and the National Trust for Scotland.  Thankfully, the project that was to benefit from all these helping hands was the South Lakes path team project at Crinkle Crags.


One of the problems on the path is that many people take short cuts.  In days gone by we would have blocked these short cuts by digging in stone to try and keep people on the path.  If we’d used this approach on this particular project then we would have needed to fly in hundreds of tonnes of stone which can be very expensive and so a different technique had to be considered.
This is where Humps and Hollows come in.  The idea is that the line of sight (or the short cut) is broken up by sections of undulating ground.  If done correctly, these undulations can blend in perfectly with the surrounding landscape and put walkers off from using the short cut.  If done incorrectly, they can look something like Tellytubby land and stick out like a sore thumb.  So with this in mind, Rob delivers his brief to the group on day one.
The first thing to do was to strip the turf from a large area.  The turf is then stacked to the side and then the profiling (or shaping) of the terrain can start.  Areas are then lowered and raised in height by moving the soil around.  This is done over several hours and by this time the Humps and Hollows are created.  To finish off, the turfs are then placed back on the area.
With so many people working on the project it could easily become congested and so we decided that the best way forward was to split the group into four smaller groups that had their own section of landscaping.  This provided the groups with ownership for their particular section and a bit of competitiveness crept in which created lots of banter between each team.

So after three days and plenty of work done, the Humps and Hollows were completed.  The finish was of a very high quality and blended into the landscape perfectly.

As well as all the great work done it’s perhaps the bigger picture that has to be considered with weekends like this.  With so many staff and volunteers working on site over the three days from all around the UK, it was a really good opportunity to pass on knowledge and form links with other areas.  Hopefully, weekends like this will continue next year and beyond.  Thanks again from the Path team to all who worked on the project over the three days. 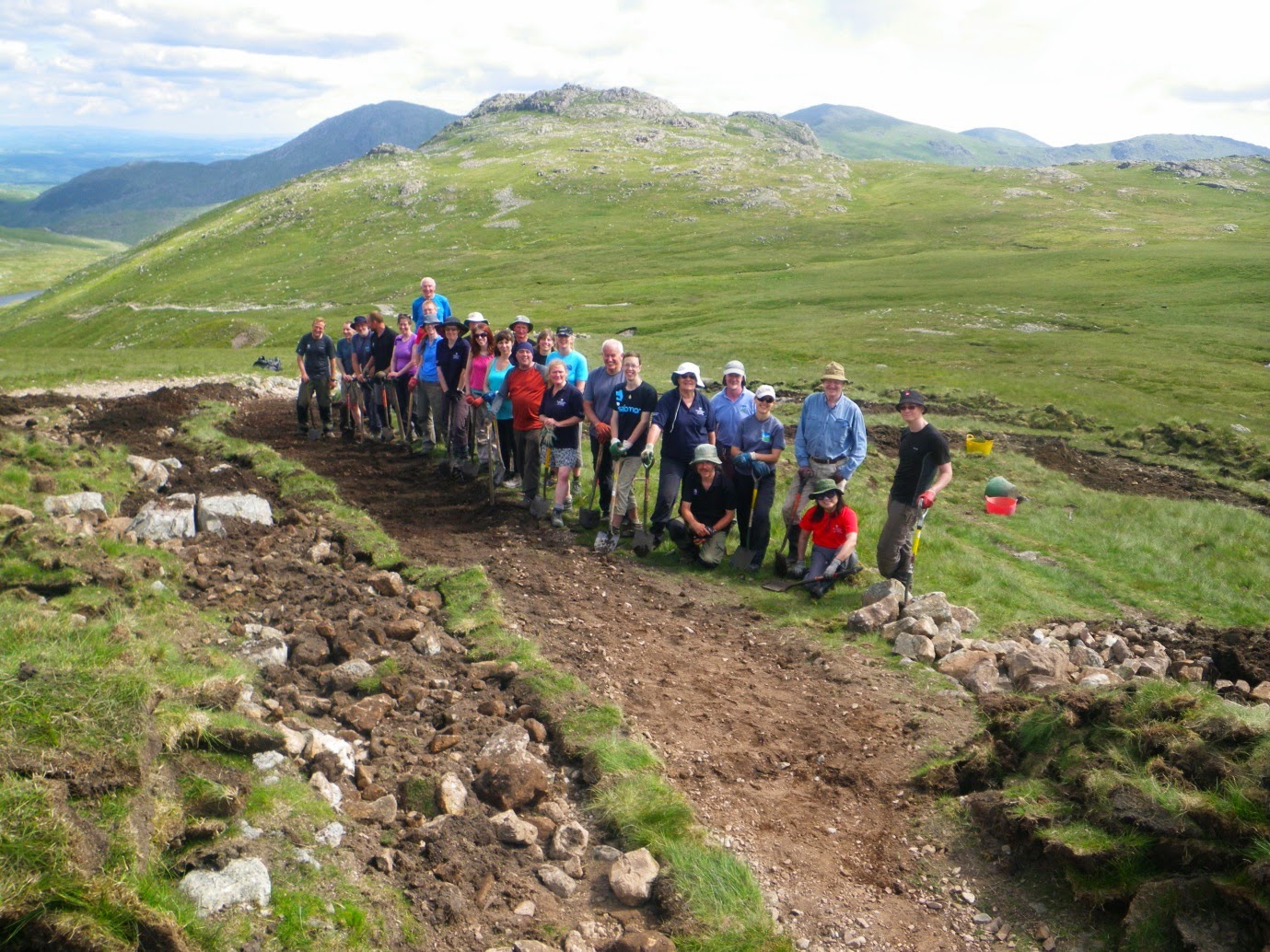 Posted by NT South Lakes Rangers at 20:43
Email ThisBlogThis!Share to TwitterShare to FacebookShare to Pinterest